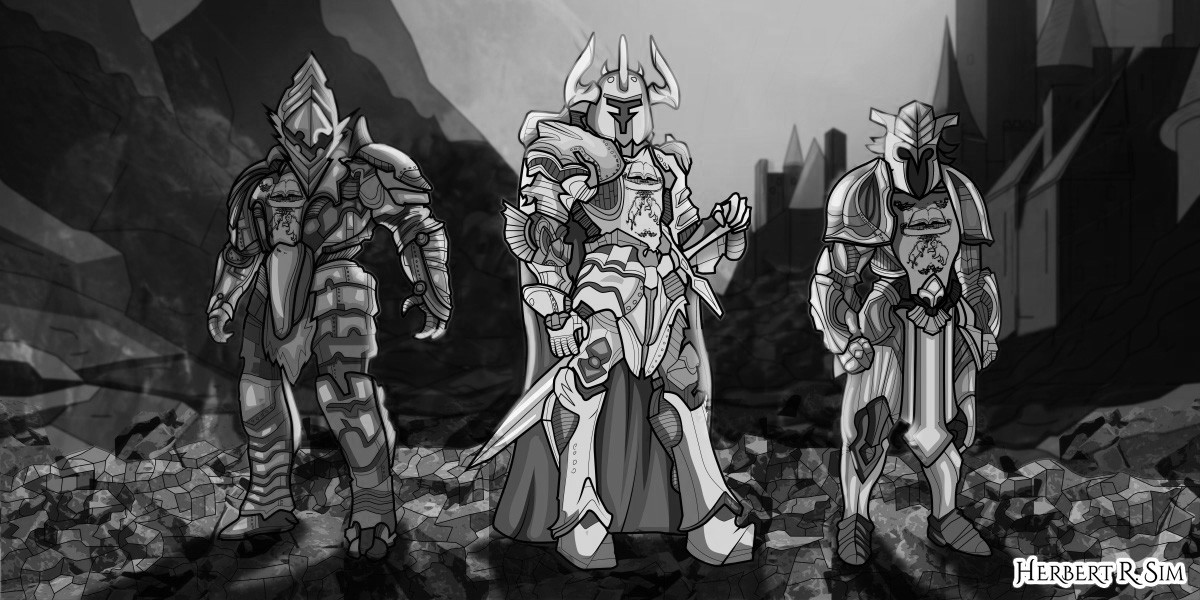 (L-R) Officier, Commandeur, and Chevalier, of the “Order of Arts and Technologies”

(Illustration by Herbert R. Sim for Crypto Chain University in May 2010)

When translated from French to English, “Ordre des Arts et des Technologies” means “Order of Arts and Technologies”. Established on 20 March 2010 by the founder of Crypto Chain University, its purpose is the recognition of significant contributions to the technological arts, or the propagation of these fields.

Crypto Chain University is the leading non-profit research-only institute, focused on the public policy issues facing blockchain, cryptocurrency and decentralized computing technologies like Bitcoin and Ethereum. The University, established in 2010, is one the oldest institution for compilation of Crypto and Blockchain research in the world, and has a database and following of thousands of followers since its founding in 2010.

In March 2010, the founder, Herbert R. Sim, first sketched the concept of the three grades of the order – Commandeur, Officier, and Chevalier. The Order, a knighthood, was conceptualized referencing the knights of the round table, with the table in the center with the symbol of Bitcoin embossed on it, as seen below. 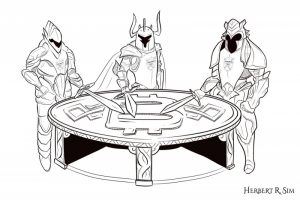 Guidelines stipulate that recipients must be at least twenty one years old, and must have, “significantly contributed to the enrichment of the financial and/or technological inheritance” to be considered for award.

According to the statutes of the Order, recipients must wait a minimum of 2-years before they are eligible to be upgraded from Chevalier to Officier, or Officier to Commandeur, and must have displayed additional meritorious deeds than just those which originally made them a Chevalier.

The Order has three grades:

Recipients are granted the exclusive rights to possess and don the médaille of the Order, which features the University’s arms, surrounded by a golden ring bearing the words “Ordre des Arts et des Technologies”.

Upon 2-years of Commandeur grade, awardees will be eligible to be promoted onto the Board of Governors of Crypto Chain University, subjected to the Board’s majority approval and/or the Chair of the Board of Governors’ approval, and the availability of a seat on the board, which must consist of no less than twelve and no more than twenty four members.

*Members are subjected to the highest code of honor and integrity to uphold, and will be removed the ranks if found guilty of misconduct and/or demotion of grade within the Order.

All donations is above the board – transparent and decentralized, utilized towards research of cryptocurrency and blockchain; and operations of the university. Read more about the University as a Charity.