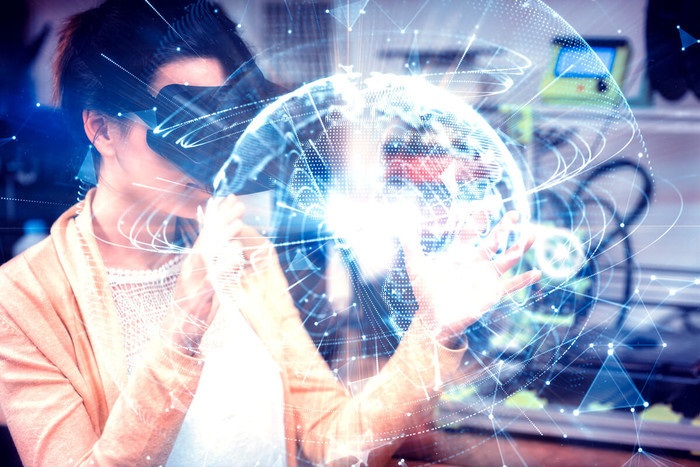 10 October 2018 — Lampix is an augmented reality (AR) startup that has come up with the simple and yet powerful concept of using a proprietary device which looks like an ordinary table lamp to turn any horizontal surface into a smart AR system that uses blockchain-based data sourcing technologies to recognize and react to the world.

Key findings of the research

Market potential. AR is one of the fastest-growing market segments, projected to hit $133.8 billion by 2012. This would be a spectacular 85% growth rate from $3.3 billion in 2015. While the applications of this technology are limited only by imagination, it is forecast to become most popular in retail, office, restaurant, engineering, and home environments. Lampix’s technology is expected to secure a strong market position due to its simplicity and a wide range of use cases. It will allow customers to interact with smartphones, laptops, images, and physical objects.

Market valuations. As a high-growth sector player, Lampix should experience a sharp rise in sales and market value based on a discounted cash flow or net present value analysis. The company can reach a market cap of $17.8 million in 2020 against $1.6 million at present.

“Lampix is grossly undervalued, and its current price represents the lack of trading activity, rather than its prospects.” according to the research team.

Tokenomics. While many early-stage companies seek financing via traditional venture capital channels, Lampix chose to do it with an initial coin offering launched a year ago with the aim to raise $14 million by selling a fixed supply of 657,154,880 PIX tokens. Currently, the token is changing hands at $0.0126, reflecting the overall market situation. PIX is used as a utility token to pay miners for sourcing images and descriptions and developers for creating apps for Lampix. The company plans to source one billion images and launch many unique applications, which will likely generate activity in the token.

As per the Goldman Research “Utilizing a variety of standard valuation methods such as equity methods as a corollary, we believe that PIX will trade around $0.03 in the near term, and $0.10 in the next 12 months, with higher prices expected as the technology and volume advance.”

Risk factors. Goldman Research outlines several risk factors that can influence the valuation of the company, saying in its report:

“In our view, Lampix’s biggest risks related to how well the market receives the Lampix product, timing, and magnitude of AR application development and deployment, education of the market, and the ability of the PIX ecosystem to mine datasets. Volatility and liquidity are typical concerns for token-based trading, especially those that are not generating revenue. Moreover, token sales are not currently regulated by the SEC, and there are issues and questions surrounding pending and/or future trading and tax concerns. Finally, there is a risk that the Company may require additional capital in order to achieve its sales and profitability objectives. Still, these risks are typical future concerns and are also consistent with firms of Lampix’s size and standing.”

Lampix is an award-winning AR technology company that combines a proprietary object-sensing software platform with an advanced smart projector and camera system. Lampix recognizes hands, objects, and documents, bridging the gap between the physical and the digital with universal and communal augmented data. The company’s largest customers include Bloomberg, BMW, Nespresso, and PricewaterhouseCoopers. Lampix was named a winner of Highway 1 (2016) and in the AR/VR category in the Accelerator Pitch event at SXSW (2017), as well as Best Augmented Reality Display by Next Reality (2017).

Launched in late 2009 by Wall Street veteran Rob Goldman, the company is currently one of the leading providers of stock and stock market research, breaking news, and investor education webinars for small-cap and micro-cap companies. With approximately 20,000 subscribers, it offers both free and premium products in a variety of formats to serve investors’ needs.

Disclaimer. This press release is provided by a third-party source. This press release is for informational purposes only and should not be viewed as an endorsement by Crypto Chain University. We take no responsibility and give no guarantees, warranties or representations, implied or otherwise, for the content or accuracy. Readers should do their own research before investing funds in any company.